'Oh, you should go to... Costa Rica'. Latin state is shock winner in list of countries people would recommend to other travellers

Many of us would run a mile rather than listen to the travel recommendations of friends who have just returned from an exotic part of the world complete with sun tans, very long anecdotes and overly effusive comments about how ‘you really should go yourselves.’
But if we were all to base our future holiday arrangements on the advice of others, it seems that – according to a new study – we would all be packing our bags for Costa Rica. 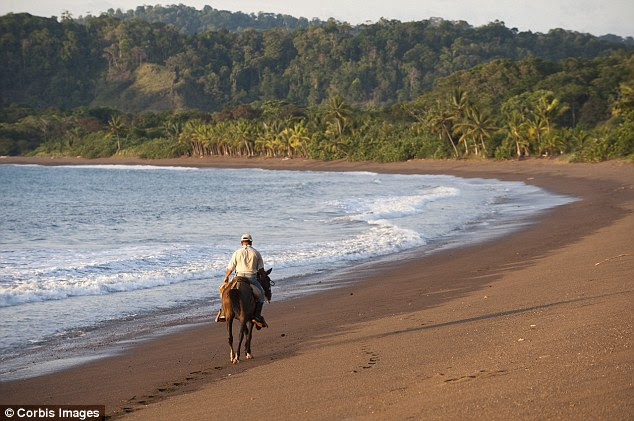 Top of the world: Costa Rica has two coastlines - and proffers beauties such as Drake Bay, on its Pacific side 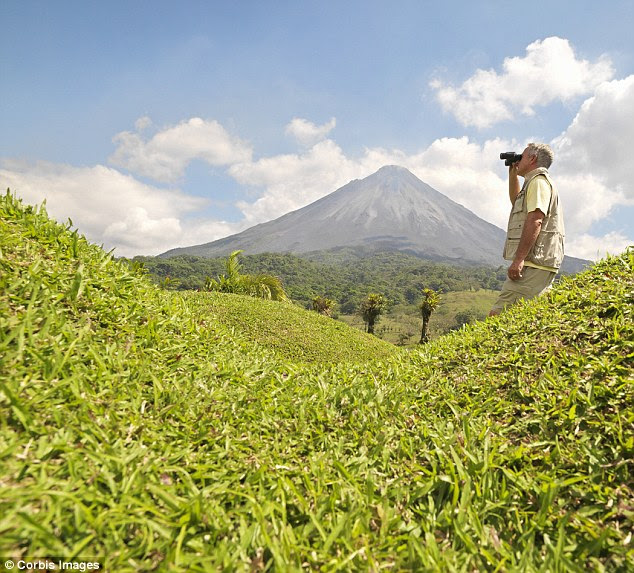 +4
With scenery like the Arenal volcano, Costa Rica is the destination travellers would most recommend


And we would definitely not be going to Indonesia, China, Russia or Albania.
New research conducted by the Global Tourism Monitor Survey asked a total of 23,000 holidaymakers, in 26 different countries around the world, to name the destination that they would most recommend to others based on their own travel experiences.
Those questioned as part of the survey were restricted to countries they had visited in the previous 12 months, and asked whether they would or wouldn’t tell others to follow suit.
The number of people who criticised a recent holiday destination was then subtracted from the number praising a place as visit-worthy, to produce a net score for each country.
And the Central American republic came top of the tree with a score of 63 – finishing a clear five points ahead of Austria and Israel (both 58), New Zealand (57) and Italy (56). 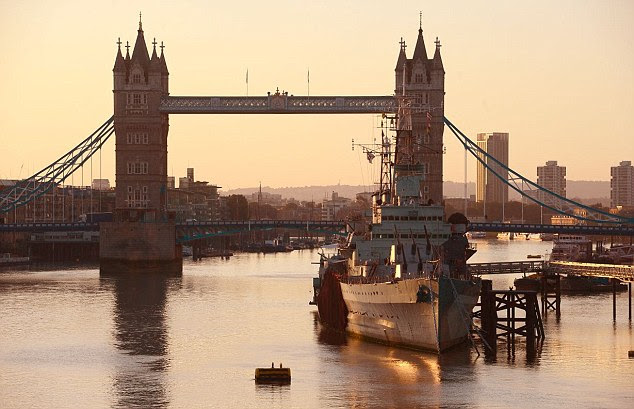 Not too shabby: Britain, with the sights of London to the fore, came a respectable tenth in the survey

Although not, perhaps, well known to British holidaymakers, Costa Rica’s appeal is easy to fathom.
It is one of only seven countries able to boast coastlines on both the Pacific Ocean and the Caribbean Sea (the others are Colombia, Panama, Nicaragua, Honduras, Guatemala and Mexico), and as such, is home to a wealth of wonderful beaches.
Britain performed relatively well in the survey, polling a score of 52, finishing in joint tenth position along with Canada and Greece.
Other countries fared less well in this court of popular opinion.
Tunisia was the only country in the survey to ‘achieve’ the dubious feat of a negative score, polling a dreadful -7.

The ten most recommended destinations...

...and the ten with the fewest fans

64. Bulgaria
65. Russia
66. Albania
67. Cambodia
68. India
69. Ukraine
70. Malaysia
71. China
72. Indonesia
73. Tunisia
And the Far East also fell foul of plenty of tourists.
Although it can boast the sunshine island of Bali, and some of the world’s most pristine areas of rainforest, Indonesia finished second bottom of the pile with a score of just four.
Perhaps surprisingly, China – home to the exciting cities of Beijing and Shanghai, plus the historic wonder of the Great Wall – came third last, polling a meagre five.


And Malaysia contributed to a miserable survey for the Far East, slumping to fourth bottom with an unimpressive recommendation rating of six.
Eastern Europe also found itself on the receiving end of traveller discontent.
Ukraine was the fourth of over 70 states included in the survey to manage a rating of less than ten, with a score of only eight – a vote of no-confidence from holidaymakers which will not, perhaps, come as the biggest shock in light of the current troubles in the country.
But Albania (18 points), Russia (20) and Bulgaria (21) will wonder who they offended.
‘This study is one of the most broadly based assessments of recent tourism experiences and future intentions,’ says Jon Young, on behalf of the Global Tourism Monitor Survey.
‘It looks at destination appeal and the likelihood of recommending a country based solely on personal experience in the last 12 months.’ 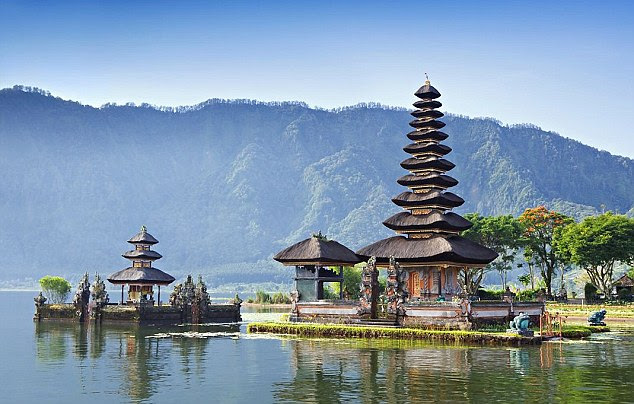 Beautiful, but at the bottom: Despite the allure of Bali, Indonesia did not fare well as a recommended destination

The results, Mr Young says, make happy reading for Britain.
‘It’s a credit to the UK that it has achieved a high joint tenth position in a league table.of more than 70 countries, especially given the competition of countries with more favourable climates,’ he continues.
‘Overseas visits rose to 32.8million in 2013, up 5.6 per cent on 2012, and the prominence of the UK is good news for our tourism sector and the overall economy.’
Half of the 26 countries consulted as part of the survey were in Europe (Belgium, Croatia, Czech Republic, France, Germany, Greece, Hungary, Italy, Netherlands, Romania, Russia, UK and Ukraine).
Eight Asian countries (India, China, Indonesia, Japan, the Philippines, Singapore, Thailand and Vietnam) were also involved, with four countries in the Americas (USA, Canada, Mexico and Brazil), plus Australia, rounding out the line-up.